Family: Apiaceae
The following information may not be re-posted, copied or published without my permission and appropriate credit given. Please contact me via email (listed on the About page) if you wish to re-publish any of the information on my blog.
Actions: Anti-inflammatory, aromatic, carminative, hypoglycemic, antiepileptic, antiosteoporotic, opthalmic, antibacterial, larvicidal, antispasmodic, diuretic, cholagogue, antioxidant.
Harvest: In most locations, fruit and the seeds within are harvested at the end of June and early July.
Parts used: Dried seeds, ground up
Constituents:
Volatile oils, resins, mucilage, gum, safrole (eliminated with heat), malates, albuminous matter, tannins, sequiterpenes, cuminaldehyde, monoterpene hydrocarbons, flavonoid glycosides, including derivatives of apigenin and luteolin. 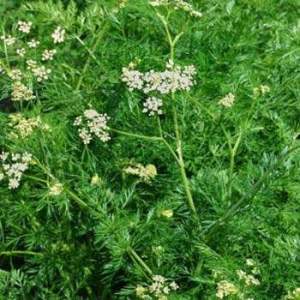 Cumin can be smoked in a pipe, or used in a decoction for the above conditions. It has been used in veterinary practice primarily as a carminative. It can be used in cooking on a regular basis to keep down inflammation and blood sugar, and to cleanse the liver. It has been known to inhibit certain stomach cancers, and reduce the frequency of epileptic seizures (consult with a doctor if using for this purpose).

External
Cumin can be used in a poultice or even in a suppository. Also great in a stimulating liniment to increase circulation and promote healing by reducing inflammation and muscle spasms.
Contraindications: Do not use if pregnant or nursing. Do not use in patients with low blood sugar, it can cause excessive hypoglycemia in this case. It can also cause photosensitivity, so be sure to wear sunscreen if you are going out in the sun. Be sure to heat cumin before use, as safrole (a mutagen) is eliminated upon cooking. Do not use if patient has acute gallstones or kidney stones, or an obstructed bile duct.
I suggest consulting a pharmacist or physician before starting any herbal supplement if you are taking a prescription medication or have serious underlying health concerns.

Energetic/traditional use: Warming, fire elemental. In Greek tradition it was associated with desire, even excessive in nature. In other cultures it is associated with faithfulness and fidelity. It was believed to protect anything it touched. If a thief were to steal something that had cumin sprinkled on or in it, the rumour was that the thief would be unable to leave the premises until they put the stolen object down. Captive birds were fed cumin to keep them from flying too far away. In traditional German mythology, cumin was believed to encourage interaction with forest spirits, and some feared it as a result. In many different countries, cumin was given to a spouse to keep them faithful or ensure they would return after a long journey. It was popular at wedding ceremonies.
Disclaimer: The information on this website is intended as general education on herbs and is not intended to take the place of medical care. Please consult a health care professional before embarking on any health regime.